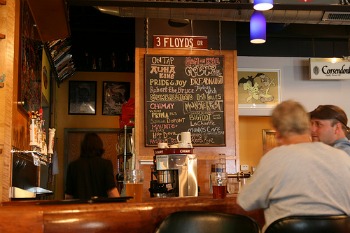 Portlanders regularly trot out the line about how we’ve got more microbreweries per capita than any other city on earth – including those beer-loving Bavarians – but that doesn’t mean we can’t appreciate beer from other places. In fact, between our love of beer and our love of travel lies the simple truth that it can be quite fun, indeed, to sample the local brew wherever you go.

Just as our sense of smell can transport us to another place, so can our sense of taste. Traveling the world through beer is, therefore, something you can do while you’re actually traveling and then again when you’re back at home. Make an attempt to find out what breweries are local wherever you are, and then make note of favorite beers so you can hunt for them later.

Portlanders are lucky to have several specialty markets around the city that sell a variety of imported beers, so you’ll often find labels you didn’t think you’d see here. They’re not necessarily microbreweries – they’re more likely to be among the best selling beers around the world – but at least it’s a change of pace from the local stuff.

Is having a pint of Heineken at your kitchen table the same thing as having one after the Heineken brewery tour in Amsterdam? Of course not. But it’s a helluva lot cheaper than even a cheap plane ticket to Amsterdam from Portland.

The next time you’re on a trip, whether you’re fortunate enough to be planning an around the world trip or simply taking a more typical two-week vacation, try out a new beer and then set yourself up on a quest to find it in Portland. One word of caution – jot down the name of the beer before you’ve finished the second one, just in case you don’t remember it after that…