Portland shines in summer. The city. The people. The music. After months of gloomy weather, the summer months are chock full of outdoor festivals and concerts — from the family-friendly Rose Festival, to indie music at the Oregon Zoo, to beer festivals at Waterfront Park.

If Portland is an indie music lover’s dream, then summer time is prime time to check out local musicians. 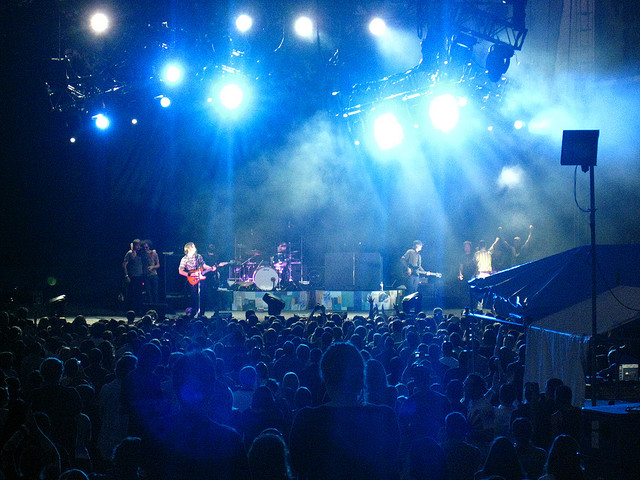 Here’s a breakdown of the major festivals and concerts that call Portland summers home:

Portland Rose Festival
What Although Portland’s most well-known festival isn’t a music festival, there are usually a few bigger name bands that come through, or local favorites, like Presidents of the United States of America. Last year’s festival included: Corin Tucker Band, Weinland, Richmond Fontaine, And And And, and Acoustic Minds.
Where Tom McCall Waterfront Park
When May 20 – June 17, 2012

Edgefield Concerts on the Lawn

What One of Portland’s best concert series, Concerts on the Lawn brings in some major artists. Plus, McMenamins manages to keep their properties both appealing to locals and visitors, so hanging out at Edgefield is extra fun when a concert comes through. This year’s series includes: Foster the People, Ben Harper, Ringo Starr, Florence + the Machine, Sigur Rós, Norah Jones, The Avett Brothers and a few more.
Where McMenamins Edgefield
When June 17 – September 29, 2012

Oregon Zoo Summer Concerts
What Not exactly a music festival, but the Oregon Zoo Summer Concert Series is a favorite among Portlanders with tiny ones in tow. Thankfully, it’s both family-friendly and a fun time. Last year’s series includes: Indigo Girls, Los Lobos with Los Lonely Boys, Matisyahu, Chris Isaak, Peter Frampton, k.d. lang. So far this year, only the kick-off concert with the B-52s has been announced!
Where Oregon Zoo
When June 22 – August 27, 2012

What Portland’s Waterfront Blues Festival is the largest on the west coast, and second in the nation. Not bad. Started in 1987, the festival brings the best blues artists to Portland on a pretty spectacular weekend — 4th of July! This year’s festival is the 25th anniversary and includes: Steve Miller Band, Galactic, Elvin Bisop Band, Booker T, Bobby Rush, James Cotton and tons more.
Where Tom McCall Waterfront Park
When July 4-8, 2012

Pix Bastille Day Block Party
What Celebrate Bastille Day with Pix’s all-day block party — music and silliness like storming a 4ft Bastille made of cream puffs. The annual block party has music in the evening, past years have included local bands like: Typhoon and Nice Nice.
Where Pix Patisserie
When July 14, 2012

PDX Pop Now
What Portland’s annual all-ages, free music festival happens in late July. The only band selection criteria? At least 50% of the band need to live in Portland. Past years have brought in the likes of Blitzen Trapper, Viva Voce, Menomena, Minus Five, Sally Ford, Hockey, Yatch, Starf*cker, and Red Fang.
Where Refuge PDX
When July 20-22, 2012

PDX Bridge Festival
What What better way to celebrate Bridgetown than with a festival… and music! Last year’s festival included a free concert with local music on three stages.
Where Hawthorne Bridge
When July 29 – August 7, 2012

Pickathon
What Oregon’s version of Bonnaroo, Pickathon is the “original Indie-Roots” festival. This year’s fest brings in 50 bands on six stages. Get ready for camping and music, and maybe even a sunburn… in a field out in Happy Valley. Tickets for this year’s festival (including camping fees) are $190 and the lineup highlights include: Neko Case, Blitzen Trapper, The Cave Singers, Thee Oh Sees, Typhoon, Y La Bamba and tons more.
Where Happy Valley, Oregon
When August 3-5, 2012

MusicFestNW
What Probably the most mainstream of the summer festivals. Music Fest NW started 12 years ago, and is put on by Willamette Week, Portland’s alternative weekly newspaper. Tickets can be purchased as an all-show wristband or per show. The 2012 lineup hasn’t been announced, but last year’s highlights included: Band of Horses, Iron & Wine, The Kills, Butthole Surfers, Blind Pilot, Blitzen Trapper, Sebadoh, Handsome Furs, Portland Cello Project, Y La Bamba.
Where Pioneer Courthouse Square
When September 5-9, 2012 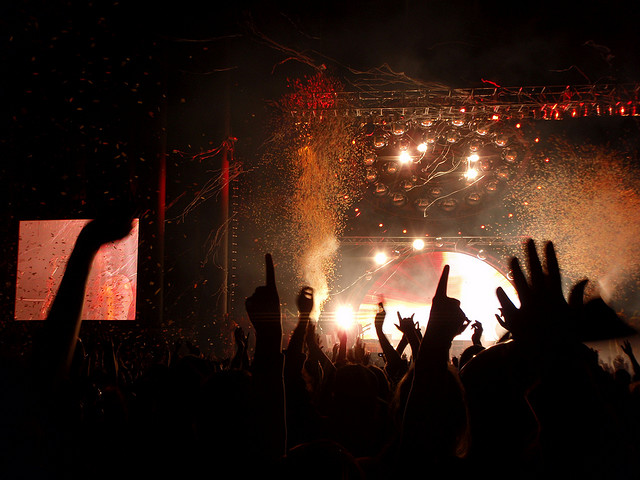 A couple other festivals worth mentioning, even though they’re a solid three to five hours away, are Sasquatch and Bumbershoot.

Sasquatch
What Every Memorial Day, hoards of Pacific Northwesterners make their way to the Gorge for Sasquatch. This year’s lineup included: Beck, Bon Iver, The Shins, Girl Talk, Jack White, The Head & The Heart, Feist, Silversun Pickups, Metric, M. Ward, Santigold, Of Monsters and Men, Little Dragon, Deer Tick and a seriously disturbing amount of other stellar bands.
Where The Gorge
When May 25-28, 2012

Bumbershoot
What Every Labor Day weekend for the past 41 years, Seattle-ites have partied in Seattle Center celebrating music, art, culture, and these days even comedy and film. Back in the beginning it was simply called “Festival”, but in 1973 Bumbershoot was born — yep, Bumbershoot as in “umbrella” — there’s a 50% chance you’ll need one too. Past years have covered everyone from Wu Tang to REM. This year’s lineup hasn’t been announced yet, but last year’s highlights included: Hall & Oates, Big Boi, Minus the Bear, Little Dragon, Broken Social Scene, Wiz Khalifa, and tons more.
Where Seattle Center
When September 1-3, 2012