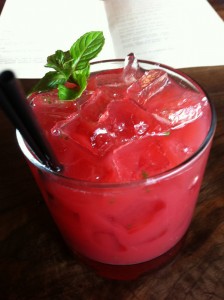 Can you dig a Beatles reference and/or anything pony related? Portland’s newest bar — Dig a Pony — is open for business. Taking over the old Niki’s Restaurant space on the corner of SE Grand & Morrison, DAP has a vintage-y, cozy feel. Cocktails are in the $7-9 range, and worth it.

Hopefully Dig a Pony can keep the current charming bartenders and staff, who are refreshingly sans-attitude/apathy.

History: In the 1920’s, this space originally housed a pharmacy called Potter’s Drug Company. DAP posted the following photograph on their blog of the old SE Grand/Morrison corner, complete with streetcar tracks and a billboard for the 1929 Chevrolet Series AC International boasting to be “A Six in the price range of the Four.” Pretty cool. 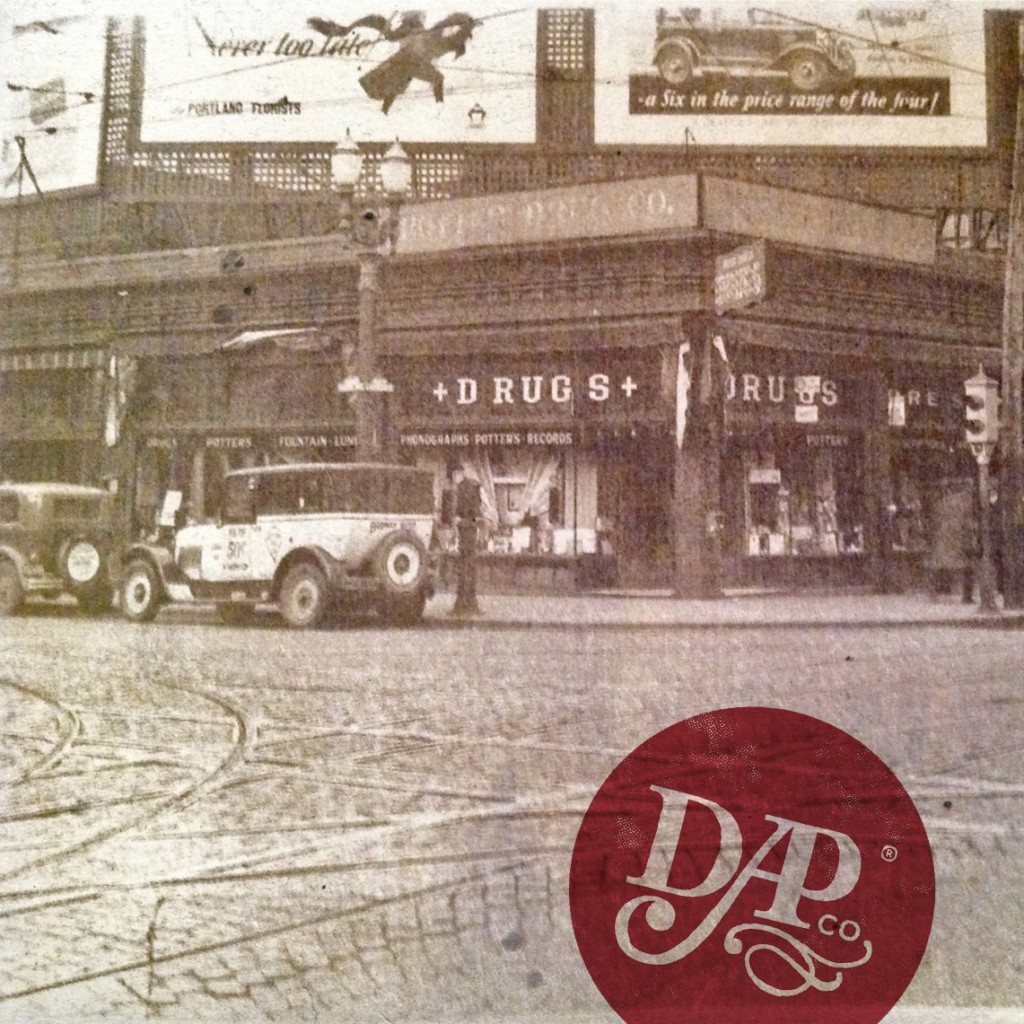 Photos: 1st by author, 2nd from Dig a Pony