Getting from Portland to Bend 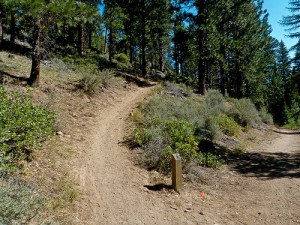 Portland , also known as the “City of Roses” , is one of the greenest cities in the entire world. It is known its scenic beauty , microbreweries and lively music scene, along with the excellent food and variety of ways to enjoy the nature.

Bend is located between the Cascade and Maury mountains and is a well known travel destination year round. It is an excellent vacation destination for those who enjoy walking, hiking, cycling, and generally spending time in nature. The city is best enjoyed on bicycle, thanks to the many lanes and walking paths available.

The fastest way to travel between Portland and Bend is by plane (40 minutes). But it’s cheaper (from $55* one way) to travel by bus.

Portland is served by Portland International Airport (PDX), the largest airport in Oregon. It is located within the city’s city limits and has direct connections with Europe, other countries in North America, Asia , as well as domestic connections to major hubs in the USA. The airport is hub for Alaska Airlines and Horizon Air.

Bend is served by Redmond Municipal Airport (RDM) , located about 15 minutes from the city of Bend. A variety of low cost carriers operate on the airport. Flights to/from Portland are run by Alaska Airlines and United Express. The flight time is 40 minutes. Regardless of when you fly in 2012, expect to pay from $80 per person one way on Delta or United.

>>read more about Airfare to Portland

Trains and buses from Portland to Bend

There isn’t a direct train service from Portland to Bend, but it’s possible to travel by train and bus:

The ticket (train and bus) costs $86 per person, one way.

Driving from Portland to Bend

Note: * at the time the article was written