Getting from Portland to Eugene 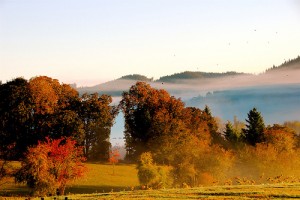 Portland is also known as the “City of Roses” and is one of the greenest cities in the entire world. Known for its scenic beauty , microbreweries and lively music scene, Portland is also a favorite city among tourists.

Eugene is the second largest city in Oregon , located about 50 miles from the Oregon Coast. It is also known for its natural beauty, outdoor activities and the arts scene. A variety of fairs and festivals take place here every year.

Whether you travel by train or bus, the travel time and the fares are similar (although bus fares are slightly cheaper).

Portland International Airport (PDX) is the largest airport in Oregon and is located within the city’s city limits. It has direct connections with Europe, other countries in North America, Asia , as well as domestic connections to major hubs in the USA. The airport is hub for Alaska Airlines and Horizon Air.

Eugene Airport (EUG) is located about 7 miles from the city center and offers only domestic flights. Regardless of when you fly in 2012, expect to pay from $80 for a single ticket on Alaska, Delta, United or Continental. The flight time is 36 minutes.

>>read more about Airfare to Portland

Trains from Portland to Eugene

Amtrack offers two trains between Portland and Eugene: Coast Starlight and Amtrak Cascades. The single fare on both is $25.

On the way back, catch the Amtrak Cascades from Eugene at 5:30 a.m. and 9 a.m. Coast Starlight departs Eugene daily at 12:44 p.m. The same fares and travel times apply.

Buses from Portland to Eugene

Driving from Portland to Eugene