Getting from Portland to San Francisco 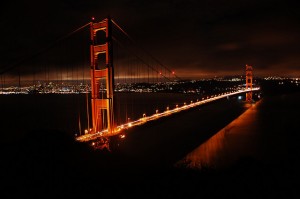 There is a reason people leave their hearts in San Francisco. One of the most-visited and scenic cities in the world, San Francisco’s bustling and vibrant bay-side streets were once home to the counter culture and are now filled with everything from the trendiest restaurants to hip boutiques and historic cafes. With the iconic Golden Gate Bridge, fog filled neighborhoods, the seals and clam chowder at Fisherman’s Wharf, authentic Chinese food in Chinatown, and the historic cable cars winding up and down the city’s hilly streets, San Francisco is a dynamic and interesting city with endless opportunities for travelers to explore and experience this Northern Californian city.

Getting There: Quick Summary
The cheapest and fastest option for traveling between Portland and San Francisco is by plane. Single fares start at $95* and the travel time is about 2 hours. There are no direct bus or train connections.

Portland International Airport (PDX) is the largest airport in Oregon and is located within Portland’s city limits. PDX has direct connections with Europe (Netherlands), other countries in North America, Asia (Japan), as well as domestic connections to major hubs in the USA. It is hub for Alaska Airlines and Horizon Air.

The San Francisco Bay Area is served by three airports:

Regardless of when you plan to fly in 2012, expect the following prices:

>>read more about flights to Portland

Portland to San Francisco by bus

Portland to San Francisco by train and bus

Amtrak offers a train connection from Portland all the way to Emeryville, CA. From there, you need to take the bus to San Francisco. The Coast Starlight departs Portland daily at 2:25 p.m. and the travel time to Emeryville is 17h 50 min. The bus to San Francisco leaves at 8:25 a.m. the next day and the travel time is 1h 5 min. The combined ticket costs $153.

Alternatively, you can travel by train from Portland to Oakland (Jack London Sq) in 18h 16 min. The single fare is $153. From Oakland, take the bus to San Francisco. The ticket costs $9.23 (web fare only) and the travel time is 20 min.

Portland to San Francisco by car 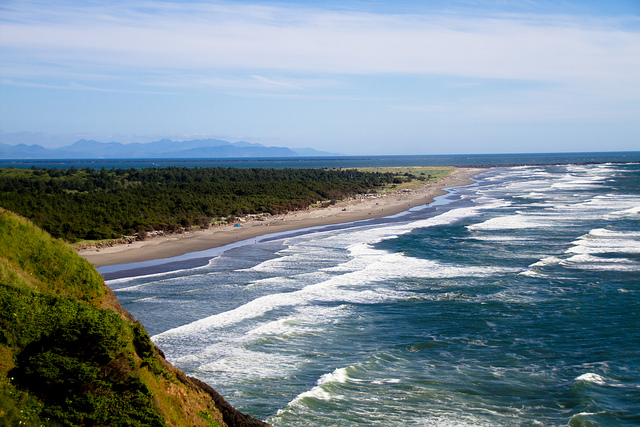 You can rent a car and drive the 653 miles between Portland and San Francisco on I-5, but if you’re going to make the drive, you may as well head a little bit further west to US 101 and drive the breathtaking Oregon & Washington coastline route. It’s an added 100 miles or so, but worth it and you can even stop to see some redwoods on the way. It should take about 10 1/2 hours by I5 or around 17 hours on 101 (probably the best to take 2-3 days to enjoy the trip).

Note:* at the time the article was written