Living in Portland, Traveling the World 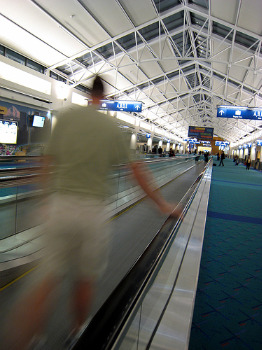 I’ve long been a Euro-phile, enchanted by every European destination I’ve ever visited and eager to explore more. That’s not to say that I haven’t been equally charmed by some non-European places I’ve been, or that I don’t want to explore more of the planet. And really, from a home base in Portland, I’d be smarter to choose a different part of the world to be enamored of.

Let’s face it – for all the perks (and there are many) of living in Portland, easy access to cheap flights to Italy (my destination of choice) isn’t one of them. If I had chosen my place of nearly-annual pilgrimage based solely on my place of residence, I would have opted for Mexico, Hawaii, or some place in Asia if I really wanted to get futher afield. After all, one of PDX‘s few claims to being an international airport for some time were the direct flights to Tokyo from Portland on Delta Airlines.

To be fair, even with direct flights to Japan coming out of Portland, those tickets aren’t exactly dirt cheap. Flights from Portland to places in Hawaii and Mexico are far cheaper, if you’re strictly looking for a bargain. And of those three places, only Mexico boasts the status of bargain destination once you’re there. Hawaii is notoriously expensive (although you can find good deals in the off-season), and Japan isn’t known for being budget-friendly. Even the famously tiny Tokyo hotels can cost quite a bit.

No, the truth is that those of us who live in Portland and love to travel don’t typically stay here because of the plethora of flight bargains to far-flung cities around the world. We may have done most of our wandering in our youth, when we backpacked Europe and wondering whether we’d ever work behind a desk again. For those of us who didn’t take advantage of the chance to teach English abroad right after college or travel without an agenda when everything we owned still fit in our backpacks, however, we take comfort in the fact that at least Portland has a big enough airport that it has a few international flights. We can get “there” from “here” – it just might take another layover.