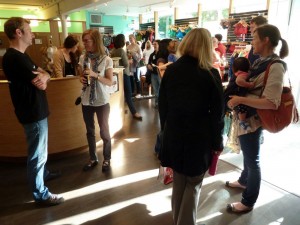 There are many things to love about living in Portland – not including several months of mostly-dreary weather we don’t like to talk about. For those of us who love to travel, however, the fact that PDX doesn’t typically offer the same kind of super-discount flights to far-off destinations is sometimes a bummer.

Sure, we can find deals to Hawaii, Mexico, and Asia at times, but getting from Portland to Europe – and, often, to the east coast – will cost you. We’re constantly envious of the steeply discounted fares that New Yorkers get to take advantage of (especially in the off-season). When your heart is set on Paris, even a short flight to Hawaii in the midst of a gray February won’t do.

If you’re a Portlander who’s had it with both the lack of sun for too many consecutive months and the distance from the parts of the world that you want to see most, this might be an ideal time to consider taking an RTW trip. You can read about many of the reasons why taking a long-term trip is a great idea in BootsnAll’s weekly series, Round the World Wednesday, but sometimes just knowing why traveling is a good idea isn’t enough. Sometimes you need a community around to support you in your decision. And that’s where Meet Plan Go comes in.

Meet Plan Go is a nationwide event for people who are interested in long-term travel, but the community you can get in touch with through the organization can help motivate and inspire you year-round. Just as people training for a marathon often do so with other runners, people working toward a goal of traveling for longer than the usual two weeks we get each year can benefit from a community of other people doing the same thing.

Last year, the closest Meet Plan Go event to Portland was in Seattle – but this year, we have our very own. You can sign up now to be a part of the Meet Plan Go event on October 18, and you can get a head-start by meeting up with enthusiastic travelers every First Thursday at Popina Swimwear in the Pearl District, where BootsnAll holds a monthly travel meetup. Not only that, BootsnAll – a local company – is always happy to encourage, inspire, and provide resources when it comes to travel. So even if you’re not up for a RTW trip, we hope you’ll consider coming to one of the First Thursday meetups – we always love meeting travelers, especially in Portland!