When many people think of Oregon, they don’t automatically think of it as being a thriving wine region. Not only is it thriving, however, it’s giving some prominent wine-making regions a run for their money.

Oregon is roughly on the same parallel as the famous wine-making regions of France, so it shouldn’t be surprising that some of the same wine grapes are grown in both areas. There are several regions in the state which are ideally suited – in terms of both climate and geography – for producing wine, including the Willamette Valley (which Portland is in). The most commonly produced wine by far is Pinot Noir, with Pinot Gris, Chardonnay and Riesling (among many other varietals) bringing up the rear. Pinot Noir from the Willamette Valley has received international praise, making Oregon one of the best-regarded producers of the varietal worldwide. Unfortunately, this also means that many Oregon Pinot Noir wines are not cheap. 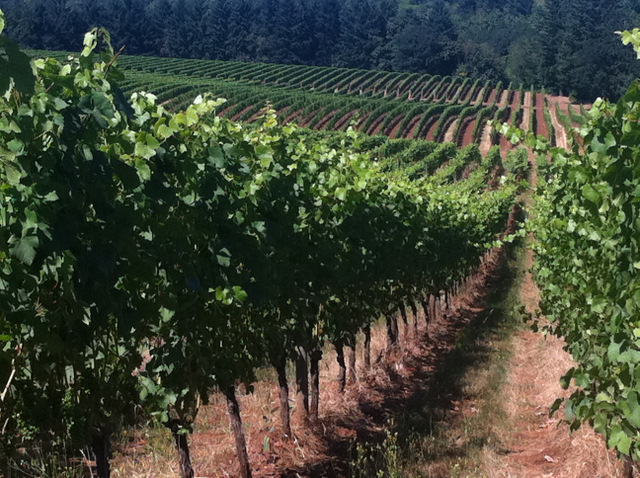 The Willamette Valley viticultural area stretches from the Columbia River south to the city of Eugene, and from the Coast Range east to the Cascade Mountains. Most of Oregon’s wineries are found in the Willamette Valley – and most of those are in Yamhill County, which is within easy day-trip distance from Portland.

Oregon’s wine tourism industry has developed over the last decade or so, although it’s still relatively primitive in relation to that of California’s Napa or Sonoma Valleys. Still, many wineries have pretty tasting rooms in rural settings and connecting a few of them makes a lovely day away from the city. And as wine tourism becomes more popular, other businesses are taking advantage of the influx of tourists by setting up nice hotels and B&Bs, restaurants, and art galleries. The result is that many small towns along the main roads running through Oregon’s wine country have gone from being ho-hum backwaters to vibrant and charming little communities. 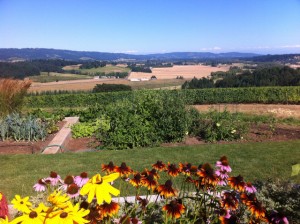 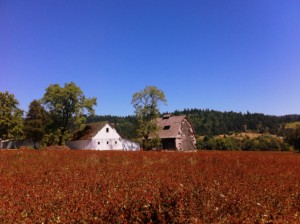 If you’re interested in making a day trip into Yamhill County and you don’t have a designated driver, there are several companies which offer limousine or bus tours from Portland. Just be aware, whether you’re driving or you’re letting someone else drive, that during summer weekends the main road running through Yamhill County – OR-99W – is often clogged with traffic. In addition to being the main route to many of the area’s wineries, it’s also one of the main routes to the Oregon Coast, and it just seems to get busier and busier. Doing a wine tour on a weekday is a very good idea if you don’t want to spend your time stuck in a traffic jam.