If you can’t get enough of mocking Portlanders, IFC just released their first look at the brand new season of Portlandia. Season Two is coming in January whether Portland likes it or not. Oh come on, you know you like it… 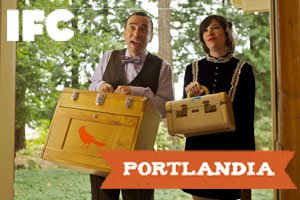 Did you watch Season 1?