Where to go for a winter break from Portland? 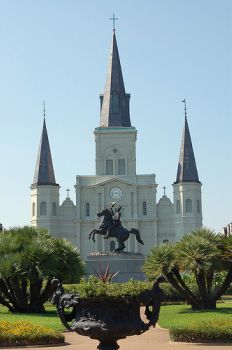 As my coworker Katie noted this week, a new year brings with it all kinds of new travel plans. Where we decide to go for any given trip is based on all kinds of things, from your travel budget to a particular holiday to a life list you’re working your way through. For those of us based in lovely Portland, Oregon, sometimes the determining factor is as simple as where we can get to easily from PDX.

Portlanders have every reason to spend a good deal of January and February dreaming of finding discount flight deals to places with unspoiled beaches, given the high percentage of gray days we deal with at this time of year. And we’re lucky that we’re close enough to places like Hawaii and Mexico that cheap airline tickets to both of destinations are relatively easy to come by during the winter.

But what if you’re not a beach person? What if, like me, you like warm weather but you just can’t fathom spending a holiday in a beach-centric destination? There are, thankfully, other options.

I’ve never been interested in traveling to Mardi Gras in New Orleans, but all it took was one visit to the city back in 1998 to hook me completely. I haven’t been back since that first trip – but 2011 will change that.

Thanks to a 2-night stay in a fancy French Quarter hotel that I won in a recent fundraising raffle, I’m making plans to visit New Orleans this year. I’ve been scouring BootsnAll’s deals from Portland page (a dangerous fun time-waster, if ever there was one) and have already noted sadly that Alaska Airlines does not, in fact, fly into Louisiana. Now, aside from finding a deal on airfare from Portland to New Orleans, my biggest quandaries involve picking a week to visit the city that isn’t during Mardi Gras, Jazz Fest, or spring break, because I’d really love to avoid all that chaotic nonsense and just enjoy the city for itself.

At the moment, it looks like that means I’ll have to wait until April before I get down to the Big Easy, which means I’m stuck in Portland for the duration of the dreary gray winter. Unless, of course, I jet off to L.A. to visit my pal Melanie for a weekend… Oh, how the southern California sun beckons – but just for a couple days. I swear.