Most visitors to Portland want to stay downtown. While Portland has a lot of unique and cool neighborhoods, from Mississippi in North Portland, to Hawthorne and Belmont in SE Portland — most of these neighborhoods do not have hotels. So if you’re not keen to Couchsurf or Airbnb your stay in Portland, you’ll most likely find yourself on the west side of the river in downtown.

Although downtown Portland doesn’t have the same personality as a lot of the neighborhoods, its great for Portland sightseeing (especially if you’re sans-car) — like Powell’s Books, Waterfront Park, the Japanese Gardens, International Rose Test Gardens, Oregon Zoo and more, and you’re close to everywhere else you want to be via the MAX light rail, streetcar, and bus.

So if you’re looking for a cheap Portland hotel that’s still cool and in the middle of everything, check out the following options:

If: You want to be right in the middle of things and/or have a slight hipster bent, you’ll be right at home. 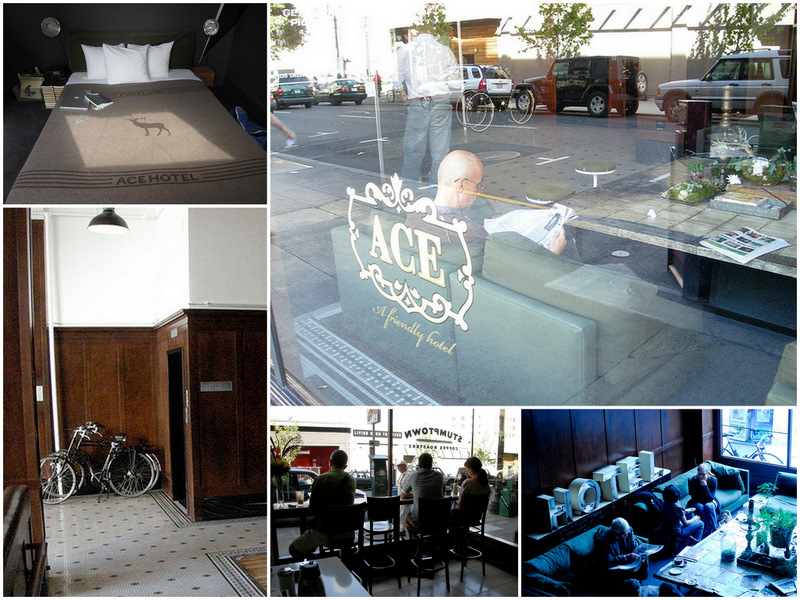 The Portland Ace is as a block from Powell’s Books, on the streetcar line, near some of the best food carts the city has to offer, and even has a Stumptown Coffee in the building. Even if you don’t end up staying at the Ace, the lobby is still worth a visit, while you sip your Stumptown, peruse magazines and people watch from the comfort of your couch. Rooms start at $95 for a basic shared (shower and bath down the hall).

If: You want to be close to downtown, but a get a feel for a different neighborhood. 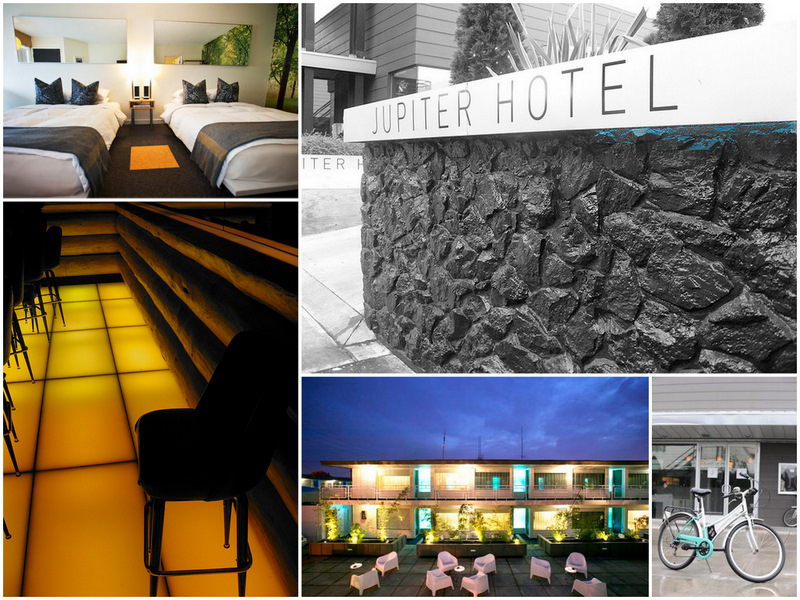 Eight blocks east of the river, the Jupiter Hotel shares a block with the Doug Fir lounge and is one of the most hip budget options in town. A little posher than some of the basic rooms at the other “cool” cheap hotels in town, you’ll find a few more amenities at Jupiter, like a private bath, pillow-top beds, speakers for your MP3 player iPhone. You’ll also find cool bars and some the best places to eat in Portland within a few blocks, including: Doug Fir Lounge, Biwa, Le Pigeon, Sizzle Pie, Beaker & Flask and Rontoms. Even if you don’t end up staying at the Jupiter, be sure to check out the Doug Fir lounge for a show or a drink. Rooms start at $104.

If: You’re looking for a quintessential Portland neighborhood stay. 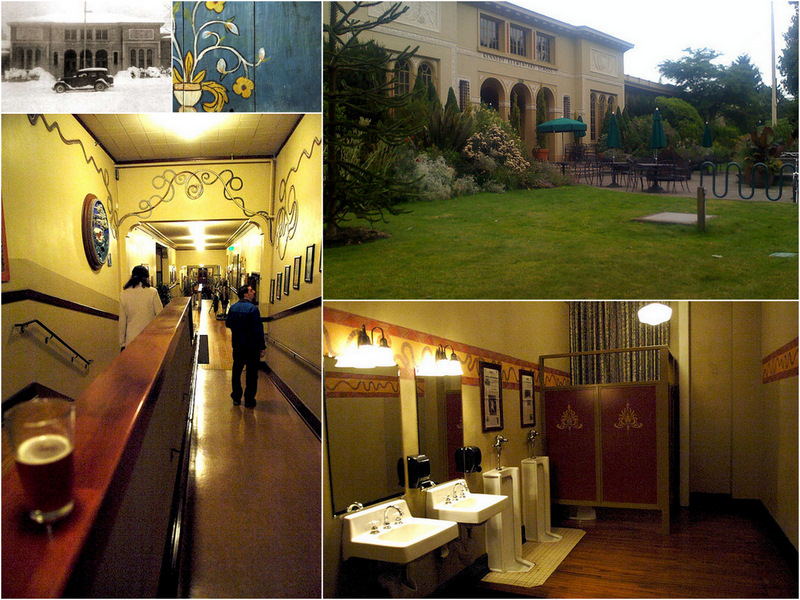 Kennedy School is one of your best option for a quirky Portland stay. A converted school, Kennedy School is like Disney Land for grownups — well grownups that like pizza and beer at the movies, and a nice saltwater soaking pool. You’ll have access to the theater, restaurant, bars, and soaking pool and there is also a lot to explore out your door in Portland’s NE Alberta neighborhood — including recent hotspots like Beast and DOC. Rooms start at $115 for a queen room with private bath.

If: You’re looking for an eclectic budget option downtown. 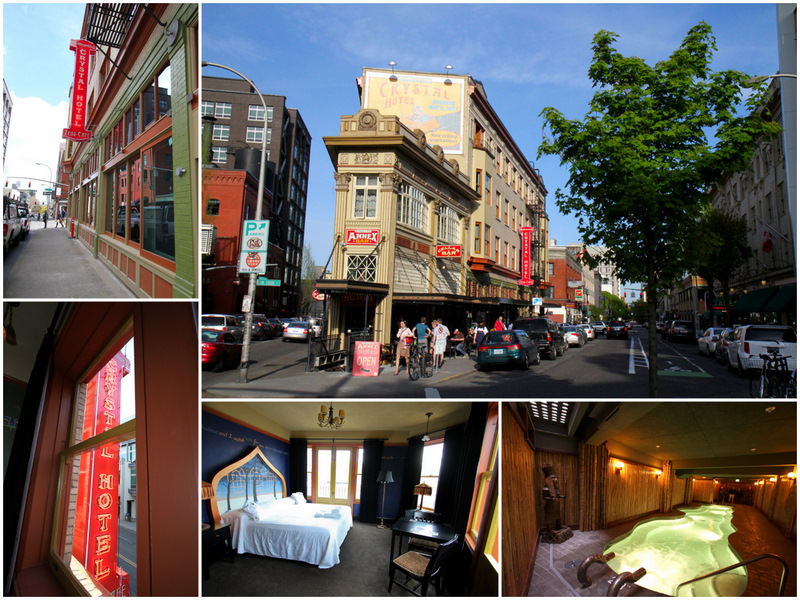